I really don't know where to start because I am in a great adventure and it still has a long time to play out. I'm in Arrecife, Lanzarote, in the Canary Islands. I came here ostensibly to escape the strict lockdown in Catalunya but always in the back of my mind was a plan to buy a small flat here to use during the winter.

I have a joke with Orlinda, my Colombian friend, that I have found Colombia in Spain. The weather is never really cold but, of course, Colombia is more beautiful. In fact, you can read about our holiday in the ajoining island of Fuerteventura in this blog. But Arrecife is much bigger than the main city in Fuerteventura, Puerto de la Rosada. It has a superb bus service going to many places in the island and there are many bike routes along the coast (One of the first things I did was to buy myself a bike).

I had a fantastic summer in Catalunya, it was very hot which is no problem for me. I either went swimming at Colera or Llançà or I went to the pool in Celrà. They had a booking system to limit numbers but there was always space and often I had the pool all to myself. After the start of the first lockdown, I started painting and then summer arrived and the rules were lifted. Masks to be worn everywhere but they were not required on the beach. Then the autumn arrived and with it a second lockdown. By the time October arrived, I was getting very bored and depressed. I had no interest in painting and all I did was watch Netflix or read books.

I had to look back at my calendar to check when I came here. I had my flu jab on 15th October and then I booked a flight on 26th. But the rules were getting very strict and then I received an email from Vueling to ask, "do I really want to travel, bearing in mind the coronavirus". And the email gave me a simple "click" to cancel the flight, which is what I did. Then I re-booked for the first week in November. But that was a mistake also as, in November the rules became very tight, especially about closing the borders of Catalunya. So I changed my flight back to the 26th and here I am!

I started out in a large Blue Sea hotel in Costa Teguise which is about 10km from the centre of Arrecife, to the north. It was cheap, there were quite a few British tourists, some were overweight, noisy and sometimes drunk. There was a regular bus into the centre of the city and I could go swimming in a local beach which was partly artificial to leave a super swimming spot. 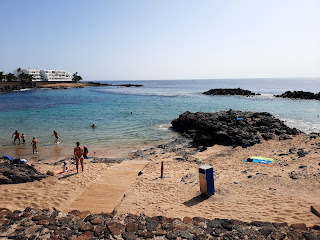 The weather was superb but I soon got bored in the hotel, it was obviously geared up for many tourists but of course, there were very few when I was there. And then after about 10 days the hotel closed. I moved to Arrecife, to Hotel Mirarmar which as its name suggests, was in front of the sea. Here are a couple of photos of sunrise at about 7am from the balcony of the room. The first is with my phone and the second with my Lumix camera which has zoom of course. 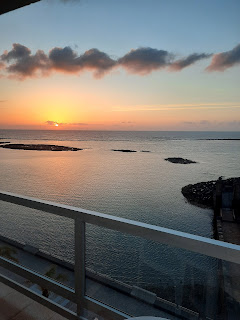 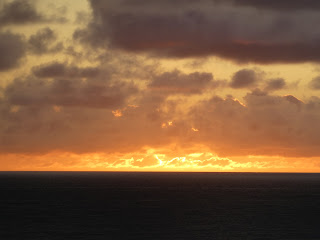 Here is another interesting image from the port between Costa Teguise and Arrecife. 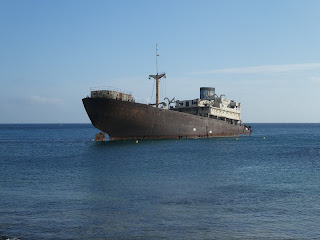 By the time I arrived in Arrecife, I had seen several flats which I had browsed from my home in Catalunya but I had decided on one, a first floor flat in a new building in the zone called Altavista. But the other upstairs neighbours who had already signed with the Notario, had exclusive use of the flat roof (azotea in Spanish). So there was no point in having the upstairs flat if I couldn't use the azotea. I chose the downstairs flat on the right. 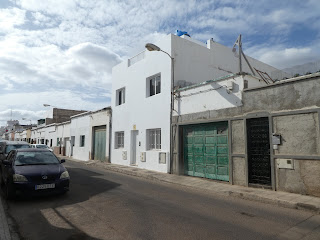 The price was €77,000 which I knew was on the high side. But the proprietor agreed to install a kitchen although I had to supply the electrical parts. The estate agent drew up a Nota Simple which is a commitment to purchase a flat, I showed it to my lawyer in Girona and then went ahead and signed it and paid a deposit of €7,700.

I forgot to mention, I also paid for a technical survey to check that the building was sound, which cost me €300.

I will tell you more later!